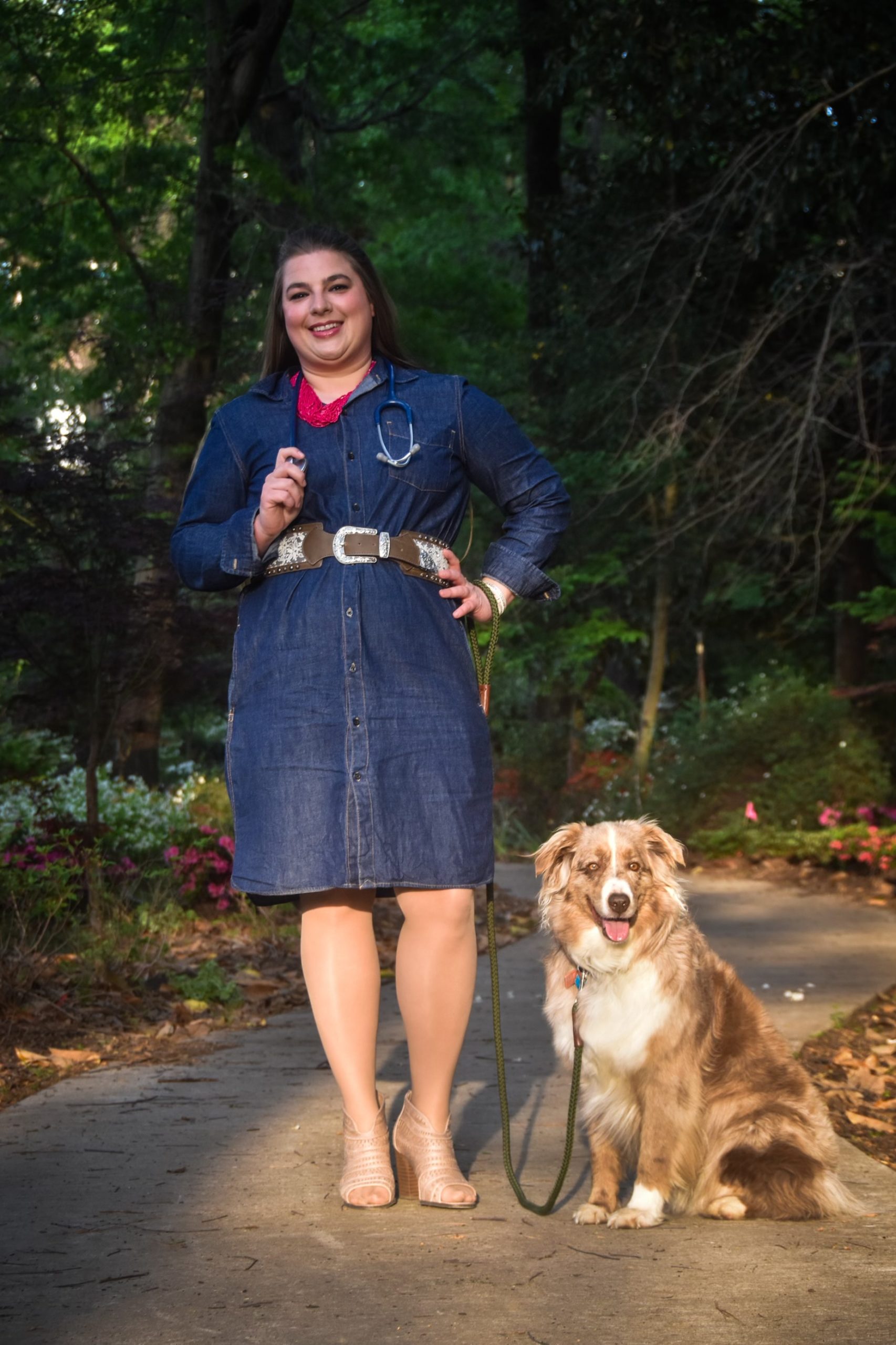 Dr. Melissa Williams joined the Eastside Family in April of 2019. She grew up outside of Broken Arrow, where she was always surrounded by animals. She grew up with dogs, cats, and horses. Her interactions with her animals sparked a desire to become a veterinarian at a young age. Her dog, a Chihuahua, had a congenital liver disease from birth which led to severe seizures. The love she shared with her dog planted a desire to help animals. Dr. Williams became heavily involved with 4-H from elementary school through high school. She showed her horses at many competitions throughout the state of Oklahoma. Additionally, she competed in horse judging events at many different levels throughout both high school and college. During her summer breaks in high school and college, she would work at The Peach Barn and Orchard in Porter.

Dr. Williams attended Northeastern Oklahoma A&M College where she received her associates degree in pre-veterinary sciences. From there, she attended Oklahoma State University where she received her bachelor of science degree in Animal Science followed by her Doctorate of Veterinary Medicine. While attending both schools she continued developing her skills of working with both large and small animals.

Upon graduation from Oklahoma State University Center for Veterinary Health Sciences, she accepted a job at a primarily small animal clinic in East Texas. After working there for a couple of years, the desire to return back to her roots in northeastern Oklahoma became too great to ignore. She is very excited to being serving the community of Muskogee to help meet the needs of their animals.

Contact us today to book your pet’s appointment at Eastside.